On Kelpie's first album, one is and is not the magic number.

'Gigli' is a career disgrace for all those involved

Hollywood's most overexposed couple are now responsible for making the most underdeveloped movie in recent memory.

In Celtic mythology, the Kelpie is depicted as a treacherous river spirit who assumes the form of a black stallion to lure unsuspecting travelers to their doom. If the traveler should be so foolish to mount the wild stallion, the Kelpie promptly drowns the unlucky victim and dines on their flesh.

Benefits and responsiblities of online discourse.

This weekend the Republican presidential candidate John McCain named the governor of Alaska Sarah Palin as his vice presidential running mate. Governor Palin is a strong supporter of the N.R.A, pro- life, and is known for her strong since of right and wrong. 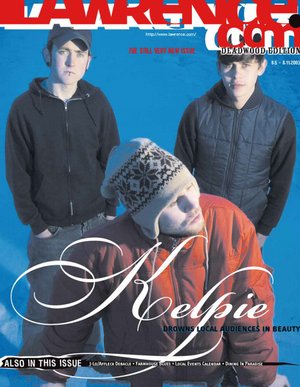