A movie that relies on a trick ending better have two things going for it: 1. The story is so compelling that even if the trick doesn't work, the picture is still enjoyable. 2. The ending is so clever that it makes any prior weaknesses easy to forgive.

Unsigned local bands NEVER make it into the exclusive playlists of commercial radio. It just doesn't happen. Unless you're Anything But Joey.

Raising my own Alex P. Keaton

A college student from Washburn University is running for the 57th district seat in the state House Of Representatives. He is a 27-year-old business student. He came to Washburn when his wife was denied in-state tuition at KU. His name is Sean Gatewood. 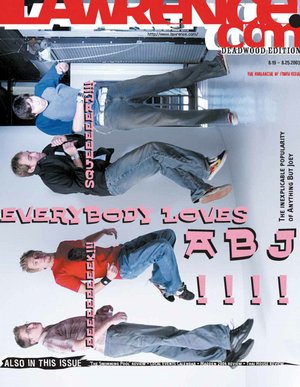