Editor's note :: Whatever one might think of William S. Burroughs, he was one of the most widely known residents of Lawrence. Before his death in 1997, Burroughs -- whose work included 'Naked Lunch' and 'Junky' -- lived in a modest house on Learnard Street in east Lawrence. The well-traveled author lived more years in Lawrence, Kansas than in any other location in the United States or abroad.

Editorial :: 1229 words about something I don't really care about

So there's a nameless ditch out there to which various pinkos want to attach the name of William S. Burroughs. Can I assume that the reasoning behind this is that the creek, like its proposed namesake, is frequently loaded with junk? Sorry. Too easy.

It's interesting to examine how Hollywood has viewed Japan recently. Within the past few months, three high-profile films were released that all hinge on a Westerner's perception of the Land of the Rising Sun.

After the novel style, it's a lose-lose situation.

Multiplayer maps are uninspired, barren and mostly claustrophobic, leaving much to be desired. You won't encounter any guns you haven't seen before, plotlines you haven't read before or gameplay elements that haven't become stale in the genre. After the novel style, it's a lose-lose situation.

This game shines from inside and out and should exist in every Xbox owner's collection. And although I am looking forward to Gran Turismo 4's deep customization, I think Project Gotham 2 has given So

This game shines from inside and out and should exist in every Xbox owner's collection. And although I am looking forward to Gran Turismo 4's deep customization, I think Project Gotham 2 has given Sony a lot to think about.

The Kansas University football team's 30-24 victory over Kansas State on Saturday - just the fifth road victory in 26 tries for a Mark Mangino-coached team - demonstrates precisely why it was so important for the Jayhawks to go unblemished during the nonconference season. 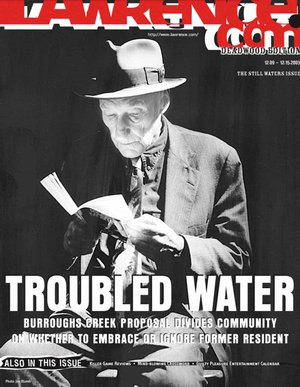