Lawrence's Minus Story finds gold behind 'wall of crap'

A few years ago Jordan Geiger had a friend who made a short film about an author wrestling with writer's block. The plot hinged on the man questioning why there has to be a "story" within a piece of writing.

The art of noise

The music business is a sham. We all know that. Okay, the people that listen to Kenny Chesney and Aerosmith don't know it, but the rest of us do. With the exception of the insurance industry, the pharmaceutical industry, and catholicism, it may be the most corrupt business in the world. Brad Logan wants to save you from further atrocity.

Motherhood author Rachel Cusk proves to be a modern great

When I was in elementary school I had a friend named Danny Plaugens. Danny was a nice enough kid, but eventually I had to cut the friendship short because of his overbearing mother.

'Alamo' can't defend itself from being hokey

The sets are grand, the costumes are perfect, the history of the situation is clearly explained.

Does Mototrax dethrone Unleashed for the best motocross game this year?

Does Mototrax dethrone Unleashed for the best motocross game this year?

Running out of gas makes me a sad panda.

To say that Kansas is the center of everything is indeed a stretch, especially in terms of happenin' art centers, but two notable local artists are making it look easy. With Kansas as a launching site, Adam Tompkins and Hong Zhang are working the international scene with two respective exhibitions opening in September. 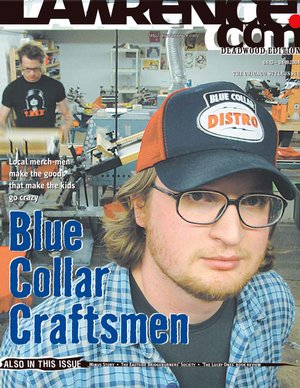