Ultimate Fakebook to play last show after eight years together

If there was ever a band that exemplified the rock and roll dream, it was Ultimate Fakebook. From the music -- hyper power pop performed with an exuberant, Spinal Tap-worthy stage presence -- to the VH1-ready stories about major label heartbreak and accounting woes, UFB endured the ups and downs of band life with an unflinching dedication to reaching its fans.

Rufus Wainwright adds his own unique voice to the family tradition

It's not unusual for sons and daughters to follow their parents into the family business. But when both mom and dad are well-established musicians, it puts a bit of a twist on that traditional career path. Rufus Wainwright understands the situation well. The son of folk music artists Loudon Wainwright III and Kate McGarrigle, the talented performer was already touring with his mom, aunt and sister by his early teens.

'Dates' unsure of its identity

Adam Sandler is at war with his image and his audience in "50 First Dates." He stars in a fundamentally sweet romantic comedy that feels like it has been hastily Sandlerized to appeal to his legion of lunkheaded fans.

"Game of Shadows" worth a look

Yes, Barry Bonds was a juicer. Yes, I've always thought so. Yes, this book confirms what I already believed. Read it anyway. 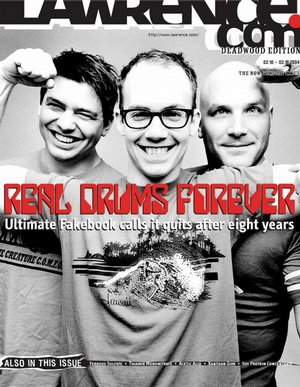