The first time Dave Temple saw Alex Broskow skate a handrail, he knew the eight-year-old kid was going to be something special. "He couldn't jump high enough to get on the rails (because he was so small), so he would skate faster than anybody else so vertically it would be a shorter jump," recalls Temple, who was already a teenager when he and his rollerblading friends started tutoring Broskow. "Nobody was skating that fast to handrails back then; it was crazy."

Q+A with The Spiders

The concept is unproven, even with the NFL Blitzes of the world. So how does it fare?

NFL Street can be fun and is a very admirable attempt at a lesser thought out and unproven concept. Kudos to EA for trying, but this could've been better suited to an extra mode on Madden 2005.

Few filmmakers know more about exaggeration than Tim Burton. The fanciful director has made a career crafting fables of larger-than-life misfits who try to adjust to a restrictive society -- whether it's the shears-limbed hero in "Edward Scissorhands," the quixotic filmmaker in "Ed Wood" or even the Halloween honcho who takes over Santa's gig in "The Nightmare Before Christmas."

In terms of music, 2003 provided a cash crop of albums that belied Lawrence's reputation for outstanding local music. Veterans like the Appleseed Cast and Mac Lethal reminded us why they're recognized far beyond the Kansas prairie, while upstarts like Conner and Kelpie left us wondering just how long they'd be our little secret. 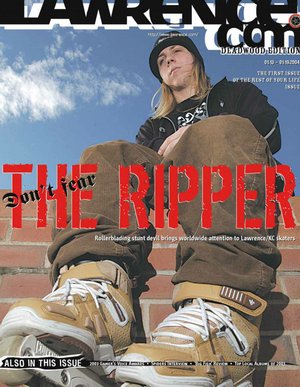