Tale from the Back Room

So what happens when a young woman becomes a cog in this male-dominated multi-billion dollar machine that continues to grind and grind and grind, again and again, faster and harder, year after year?

If you're gonna be a country crooner, there's one thing you'd better hold on to ... and it's not your truck, your woman or your house. The thing you must have is integrity. Without it, how are you going to convince a room full of leersome lushes that your heartbroken tales are not simply fabrications?

Q+A with Denver Dalley of The Statistics

'The Anniversary has broken up'

"The Anniversary has broken up." So wrote Anniversary singer and guitarist Josh Berwanger in a recent e-mail to lawrence.com, confirming a rumor that had been circulating for a week and inspiring a collective 'duh' amongst anybody who had been following the band during the last few months.

Review :: Anything But Joey, "Necessary, But Not Cool"

Is it a coincidence that this weekend's feature film releases are dominated by the stars of TV's "That '70s Show?" If given the choice between doofus prankster Ashton Kutcher attempting to get in touch with his "serious side" in the thriller "The Butterfly Effect" or Topher Grace deftly mastering the role of acerbic charmer in "Win a Date With Tad Hamilton!," audiences might want to settle on the latter.

For people in Park City, Utah, a town dedicated to the proposition that not all films are created equal, riding the crest of the insider "buzz" sonic wave during the Sundance Film Festival means being at the hottest spot at its brightest moment. For many, that means being near celebrity.

Five faces to watch this fall

Kansas University's fall sports programs lost some big-time contributors from last year's squads. If the Jayhawks are going to have success this fall, here are five up-and-comers who will have plenty to do with it. 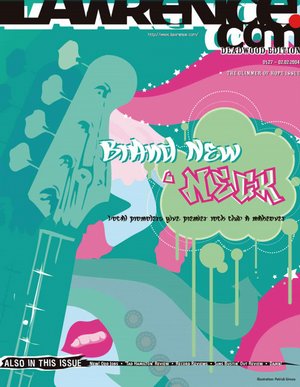