Yes, our review is finally here. Is it as masterful as everyone says it is? Actually, it's a good camera system away from being a modern action masterpiece.

Apple Computer's GarageBand may be the best software release of 2004. The new music recording and composition application gives people the power to create music simply, even when the user lacks knowledge of music theory or musical ability. The software is perfect for anyone interested in recording or playing music -- from the novice to the professional it's a great tool and a great toy.

Review :: The Fog of War

Former Secretary of Defense Robert McNamara has long been thought of as an efficient and cocky architect of war. History has painted him in black and white. In his newest movie "The Fog of War," accomplished documentarian Errol Morris shows us a lot of gray area. His portrait is of a conflicted man, one still coming to terms with his involvement in World War II and the Vietnam conflict. But what it does even more effectively, is raise complex questions about man's role in that most awful and inherent of human characteristics: our penchant for war.

It's hard to name an actor more versed at elevating pulp material to a stylish level than Johnny Depp. The Oscar-nominated actor was the best thing about "Pirates of the Caribbean: The Curse of the Black Pearl" and "Once Upon a Time in Mexico," and he's certainly what keeps the horror-thriller "Secret Window" engaging.

The Jason Schwartzman regime has ended. No longer can the iron fist of the Son of Talia be felt about the throats of the remaining young innocents of Phantom Planet. Although his presence is still felt by those who were unfortunate enough to incur his wrath, his name is now only spoken in whispers, and only by the very brave. lawrence.com spoke to a jet-lagged Jacques Brautbar, guitarist for Phantom Planet, about the press, the Amish, and life after Rushmore.

The new king of the, uh...MX circuit!

The gameplay elements are tight, intuitive and accurate. The only thing sorely missing is an online element. With that, MX Unleashed would be difficult to top.

A funeral Mass for Alfred W. Hilt, 60, 2455 Ark., will be celebrated at 10 a.m. Tuesday at St. John the Evangelist Catholic Church with the Rev. Michael Scully officiating. Burial will be in Memorial Park Cemetery, with military graveside honors conducted by Alford-Clarke Post No. 852 of the Veterans of Foreign Wars. Mr. Hilt died Sunday from natural causes at Kansas University Medical Center, Kansas City, Kan. 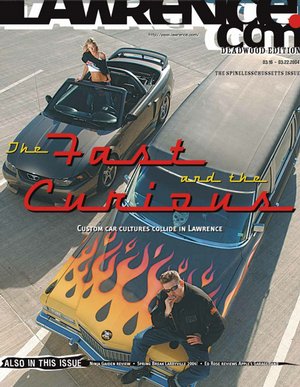