But the longsuffering residents of Stull are another story

The Devil's played some pretty mean pranks on the town of Stull, Kan. According to the urban legends surrounding the tiny town just west of Lawrence, he's chosen Stull's cemetery as a place to appear every Halloween.

Two uberfans of the 1962 classic filmed mostly in Lawrence share their love...

In 1962, Herk Harvey unveiled his first and only feature film: "Carnival of Souls," a creepy drive-in classic that was filmed almost entirely in Lawrence. The movie centers on a young organist (Candace Hilligoss) who survived a car crash, only to be plagued by constant visions of pale ghouls following her. The little-known movie proved a major influence on "Night of the Living Dead" director George Romero and on every zombie flick that followed, including blockbusters like "The Sixth Sense."

Most children have been thinking about next Sunday's trick-or-treating for months, and have their wardrobes selected and social calendars marked. Many adults are still flip-flopping about what ghost, ghoul, celebrity, or 'concept' costume they should don. Is 'Paris Hilton' played out? Is there enough ironic distance for 'Osama bin Laden' to go over well?

'The Grudge' has a familiar ring to it

A Japanese house makes a fine setting for a horror film. There are so few barriers in such tight quarters, just a few sliding glass doors and paper-thin walls -- not even a bed to hide under.

Man that is soooo last year.

THUG 2 is worth the face value if you just can't get your extreme skating fill, especially if you never tried its predecessor. Standing alone, it's a solid title that promises fun. Standing with its fellow titles in the series, it's not a huge improvement.

Paper Mario: The Thousand-Year Door is a remarkable game with hours of solid fun. Nintendo loves for its games' gameplay to speak for itself, louder than the sometimes lack of presentation polish. This, my friend, is a perfect example.

Does the best looking GBA game live up to the Mario pedigree?

I think Nintendo should stick with the pinball idea; there is a lot of opportunity there in the handheld market. But next time, adapt the Mario world to pinball, not the other way around. 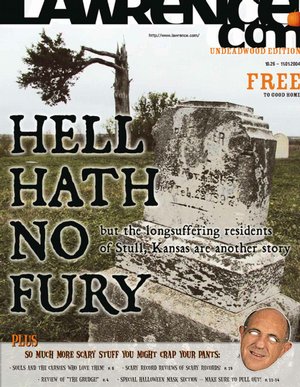