Burlesque gives guys boners. That's the common perception at least. Even under the auspice of vaudeville entertainment or feminist propaganda, burlesque at its most artsy and enlightened can still create blue balls the likes of which strip clubs can only dream. Rita Brinkerhoff is perfectly aware of that fact. "Vintage burlesque was about turning on dudes," she said.

It's hard to be critical of something you get for nothing. Datload 3 -- the third compilation of local and national hip-hop artists from Lawrence's Datura Records -- is free. Not 99 cents. Not a shave and a handshake. Not a glass of goat's milk or a raven's eye or some muggle juice. Free, dogg.

If the recent remake of "Dawn of the Dead" proved how to expertly craft a zombie-horror-action flick, then "Resident Evil: Apocalypse" demonstrates the reverse. 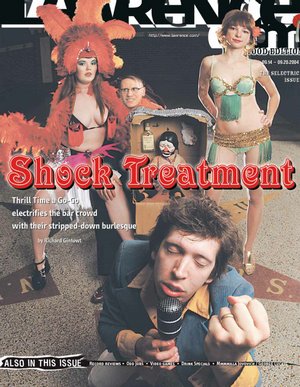