Review: Split Lip Rayfield, "Should Have Seen It Coming"

After seeing Split Lip Rayfield live, it's hard to imagine that a CD could be anything BUT a disappointment. The Kansas pickin' foursome is revered for its bring-down-the-house performances at Walnut Valley Festival and local clubs from Lawrence to KC to Wichita. With the most basic of weapons - guitar, mandolin, banjo and a one-string gas-tank bass known as the "stitchgiver" - Split Lip creates more pure rock and roll volume than most bands who claim as much.

Kansas City's The Golden Republic (formerly The People) hit the jackpot last year when the band signed with Astralwerks, a well-financed and also well-respected label out of NYC that's also home to Badly Drawn Boy, The Chemical Brothers and Air among others.

Shoegazer rock is alive and well in the hands of Carrier, the latest project from 34 Satellite frontman Marc Benning.

Burnout 3: Takedown is spectacular. At its core, it's the single best arcade racer you will ever play. There is no room for argument. There are so many standards set by it that the only arcade racer that I can predict that could beat it is Burnout 4, if we ever get so lucky.

Don't let "Sky Captain and the World of Tomorrow" fool you. Despite a $70 million budget and cast of A-listers, it really falls into the category of an experimental film. Conceptually, it's the kind of project more likely to be shown at indie festivals and film school classes than at the local multiplex.

We know they will sell a bazillion copies, but are they too hyped?

We know they will sell a bazillion copies, but are they too hyped?

Bill Tsutsui remembers the 1970s Saturday afternoon he saw "Godzilla" on his family's Zenith television. He lay on his stomach and watched in wonderment as a creature double feature introduced him to the abominable green monster that's fascinated him ever since.

Communications on the cheap

Find out ways to talk long-distance, short-distance, any-distance ... affordably or even for free. 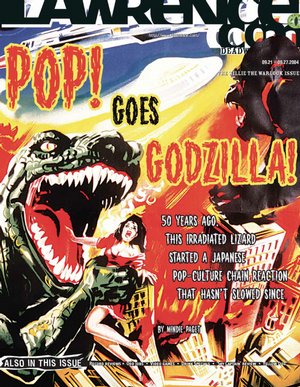