Keeping up with a killer

AIDS-related deaths may be down, but local educators are doing their part to make sure the disease is not forgotten

Bjrk's got balls. Over the past decade, she's maintained a celebrity hugeness here in the states by doing one simple thing: being herself. Her music has a personal uniqueness that is often as disturbing as it is breathtaking, which keeps her at a creative distance from other "divas." She's adventurous, which usually pays off.

Ah, fresh blood. It's the nectar of life; the cream pie of the heart; the jungle juice of the soul.

"The Good Ain't Gone" is the title of the leadoff track on Rex Hobart and Misery Boys' fourth album, and it may as well be the mission statement for the band and the entire genre of honky-tonk balladeering.

Fable is a side-quest and customizer's dream. There is enough content here to keep anyone busy for weeks. It's too bad the core story didn't have a multitude of branching storylines as it once was supposed to be.

There's a scene in 1953's "Roman Holiday" where Audrey Hepburn's princess is stuck at another obligatory state function, and she's forced to politely dance for hours with one decrepit geezer after another.

Has the survival horror genre passed its peak?

Has the survival horror genre passed its peak? 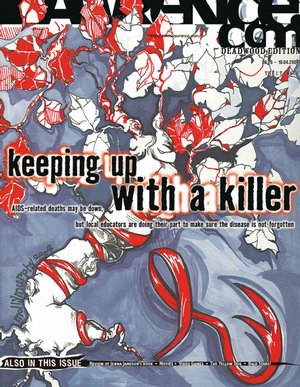