Life is peaceful on Maryam Hjersted's farm these days. At a glance, Hjersted's farm is like any other: grizzled cats and dogs roam the driveway, portentous barns cling to their golden years and endless acres of land sprawl into the horizon. But the tribal graffiti on the south side of Hjersted's barn is a dead giveaway to the farm's fabled past - as one of Lawrence's premier rave - ahem, "event" - spots.

'Sahara' is one sorry movie

There is absolutely no reason to waste your money on this movie...but perhaps you'll enjoy this review

One of the best tidbits of wisdom imparted to young directors is to "make the movie you ARE making, not the movie you PLANNED on making." Such is the case with British photojournalist Zana Briski, who spent years living in the red-light district of Calcutta to study the harsh conditions of impoverished prostitutes.

While it may be only eight hours long, it's enthralling the entire time. There really isn't any section of the game that I would have removed or shortened. It's truly one of the most polished and entertaining gameplay experiences I've ever had, and ranks among the PS2's best.

The death of Pavarotti

Why he mattered: Even I knew who he was.

How I'm rediscovering the weather

The media is biased

At least, that's what they keep telling me. 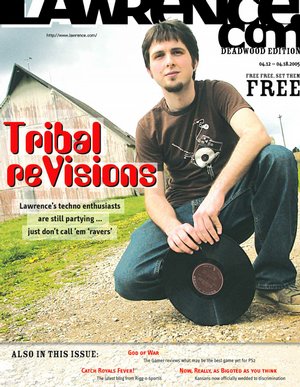