Review :: The String and Return, "What Cheer"

Wichita's brightest hope to piggyback on the Maroon Five train is Gooding, a virtuosic three-piece band that has all the markings of forthcoming commercial success. The band recently contributed songs to "MTV Road Rules" and "The Matrix: Revisited," exposing them to the national audience they've sought all along.

Annie McEnroe is one of 200 volunteers who spend an hour a week reading newspapers, magazines and books for The Kansas Audio-Reader Network. Their voices travel via closed-circuit radio signals to more than 2,000 visually impaired subscribers throughout Kansas and western Missouri who tune in to be both informed and entertained.

A mechanic's guide to not getting screwed by mechanics

Trusting types and/or paranoid-delusional types with lots of money need not worry themselves about the fine art of getting a fair deal on one's automobile maintenance. For the rest of us, however, hundreds of dollars can be at stake.

Finding a good student job in Lawrence is a lot like riding the world's biggest rollercoaster - a great thing to brag about when you're done, but a hard knock to the gut while getting over the hump.

Kristen Ferrell is no snob. The 29-year-old Lawrence artist - with her mane of dreads and arms sleeved in tattoos - made paintings that were fresh and edgy enough to pack the youthful Olive Gallery with a legion of hipsters at the opening of her July show.

Andy Stitzer (Steve Carell) spends his free time reading comic books, playing his tuba and painting medieval figurines. His apartment is decorated with framed posters of magician Doug Henning and the band Asia, and filled with his most treasured items: collectible action figurines.

Not quite the big step like 2005, but still a good game of football

There's a reason why only a select few are able to play in the NFL and make difficult reads and such. We gamers want to enjoy that thrill, just not with the frustration that can go along with it. The learning curve is higher this year, but once you get use to everything and become comfortable, the game really shines.

My favorite deleted profanity of all time is in "Die Hard 2: Die Harder." Anytime this movie shows up on Saturday afternoon TV, I'm glued to the couch. 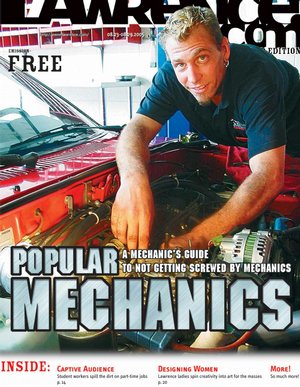