Our weekly reminder that not all people are bastards...

Ghosty has achieved several large feats since the band's inception six years ago, and this debut album ranks among them

Danny Pound's "Surer Days" is an authentic exercise in timeless songcraft - the kind of "bar band" record that you'd actually want to hear when you walk into a bar.

Sometimes less truly is more. Bill Murray has virtually cornered the market on understated acting, while writer/director Jim Jarmusch ("Dead Man," "Ghost Dog") has always specialized in quirky, meditative portraits. The combination of the two is "Broken Flowers," a compelling portrait of loneliness that is the best movie of the year so far.

Laura Moriarty cannot hook you up. The Lawrence-based fiction writer who authored "The Center of Everything" does not possess insider info that will land you a lucrative publishing deal. Nor does she hang with an elite entourage of publishing mavens with whom she could drop your name. Her advice: write a frickin' book.

It gets better, it really does.

Know that you'll have to sit through cumbersome shooting controls and a rocky first few levels to get to the gold. It's not the most technically pleasing of games, but make no mistake, Geist is worth the few initial cusswords to reveal the rewarding, core possession mechanics.

10 thoughts for the end of the week

"Langston Hughes was a freakin' COMMUNIST!!!!" the critic wrote. "Not that it really makes a difference in a poetic sense. The man had obvious talent ... But, why does the left (INCLUDING THIS CRAPPY RAG) constantly glorify a piece of crap like Hughes??"

The Grinch who waited until an appropriate time

Wherein the author, realizing that Vince Guaraldi's Charlie Brown Christmas Special soundtrack is the only Christmas music allowed to be played at times other than Christmas, starts a boycott.

I like this ritual; despite opportunities in recent years to advance vote, I've always waited until Election Day so I can step behind the flag-colored curtain, then step out to receive my "I Voted!" sticker.

The problem with vomit pans

Warning. This is going to be a bit gross.

Oh no! Not another comics blog!

That's right. But I promise it's the last one for awhile. There's just something I need to get off my chest. 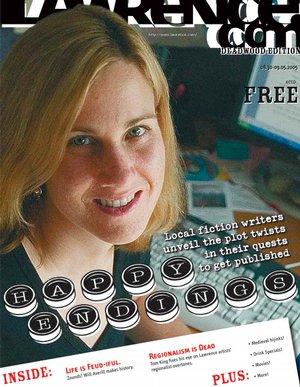