'Yeti!' suits up for debut

Director W. Dave Keith recalls the quandary of setting his movie in the Himalayas despite having no real budget. "Snow kind of looks the same in every continent," he says. "So we shot it in Kansas."

There are a number of theories about what has the most impact on a movie. Is it the script, the director, the budget, the effects? I always had leaned toward the screenplay, until this year when a pair of similar movies changed my mind: the biopics "Ray" and "Beyond the Sea." Both were written like a TV movie of the week and prone to thematic missteps.

Marvel Comics games have seen a variety of treatments over the years. You never know how good or bad one will be. Luckily for the Punisher series, Volition does an admirable job bringing the nature of the book to an otherwise rudimentary shooter.

More on abortion, Social Security and the 2008 presidential race. 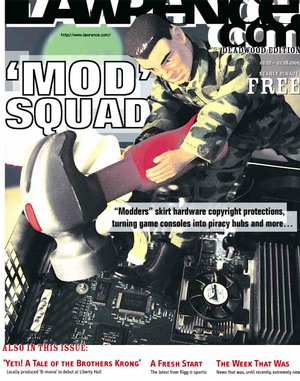