Minus Story, "Heaven and Hell" EP

Lawrence's Minus Story has been picking up steam since the release of last year's "The Captain Is Dead, Let the Drum Corpse Dance" - a majestic eight-song home recording that recalled some of the finer moments of Neutral Milk Hotel, Jeremy Enigk and Built to Spill.

Doris Henson, "Give Me All Your Money"

Doris Henson straddles the I-70 divide by uniting former members of Kansas City math-rock experimentalists Giants Chair (bassist Byron Collum) and Lawrence's Proudentall (singer/guitarist Matt Dunehoo). "Give Me All Your Money" is the band's second album and its first on Desoto Records (The Dismemberment Plan, Jawbox, The Life and Times).

The local music show on The Lazer was supposed to be celebrating its 10-year anniversary this year. Instead, Lawrence's KLZR-FM 105.9 rang in 2005 with the abrupt dismissal of the show, coinciding with the station's format change to adult-oriented "Hot AC" (recent playlists include Sheryl Crow, Coldplay, Kelly Clarkson and Goo Goo Dolls with little trace of rap, hip-hop or R&B).

Women in a MANager's world

Ellyn Angelotti has had about a hundred boy friends during her four years at the KU. She's done their dirty laundry, lugged their stuff around, counseled them in times of need and seen them all strike-out many a time. But there's one thing she won't do as the Jayhawks baseball team manager: Date them.

Area teen who jumped from A-cup to D-cup overnight falls in line with national trend: More young women are getting breast implants, often to perk up self-confidence

"I always told everybody, 'When I graduate, I will have boobs,'" says Farrar, now 20 and a junior at Ottawa University. "I didn't think it was going to happen, but it did." Using some of her savings and graduation money, Farrar spent $4,200 to go from a small A-cup to a small D-cup. In doing so, she achieved a three-year-long dream.

Pick your cliche: A triumph! A thrill ride! Sets the standard!

Resident Evil 4 is a triumph of epic proportions. That should mean a ton coming from someone who was never a fan of the series. It will surely resurrect not only Resident Evil games but the entire survival-horror genre. With amazing and satisfying gameplay matched with unrivaled presentation, it's sure to go down as one of the best games ever made.

Before John Carpenter became a cinematic brand name thanks to his 1978 horror classic "Halloween," he made a sparse thriller called "Assault on Precinct 13." Modestly budgeted at $100,000 and featuring no movie stars, the 1976 gem gained a cult following due to its intense, unrelenting premise.

Kansan connects with youth through role in 'Anchorman'

Bill Kurtis never expected to become a youth icon. But Kurtis, a 1962 Kansas University graduate and host of A&E television's "Investigative Reports," says that's exactly what has happened ever since he narrated the Will Ferrell comedy "Anchorman: The Legend of Ron Burgundy."

The Kansas senator likes the Supreme Court nominee. But so does Joseph Lieberman ... for a very different reason

The Kansas senator fights back.

The White House is leaning on Sen. Sam Brownback 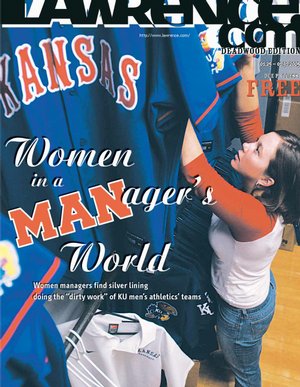