and other KU basketball-induced miscellanea

With two Final Four births in the last three years, Jayhawk fans like Ebony Simon have come to expect nothing less than six killer street-parties in March. "There's like this sense of entitlement," Simon said. "It's like, 'We're supposed to win - we're f*cking KU!' And then when we don't, everybody's attitude gets kind of somber and it's like you got the wrong Christmas present or something - you get kind of pissy about it."

Spring break offers more than kegstands and wet t-shirts for those who harvest its forbidden fruit...

What happens in Mexico stays in Mexico. Unless, of course, you cross the border with a sexually transmitted disease. In that case, Mexico stays with you - in the form of strange discharges, swollen testicles, funky genital warts, chronic pelvic pain and infertility (not all at once, usually, but it sure looks scary when you lump them all together like that).

WET T-SHIRT CONTESTS, HOWEVER, NEED ONLY BE APPROVED BY THE INTERFRATERNITY WET T-SHIRT CONTEST COUNCIL: A KU fraternity has been expelled from campus for organizing a party last month in which police cited nine people for alcohol violations and seized 16 kegs of beer. KU officials said the party violated several policies, including those that require all parties to be registered with the Interfraternity Council, prohibit the use of kegs, and prohibit the sale of an unlimited quantity of alcohol. Police shut the party down, removing signs advertising $5 beer and a 'Wet T-shirt Contest.' The decision against Phi Kappa Theta, announced Monday by KU's Interfraternity Council's judicial board, marks the first time a fraternity has been kicked off KU's campus, university officials said.

The Get Up Kids get down for good

Talk about emo. In the few days since The Get Up Kids officially announced their impending dissolution, the band's website has been flooded with the kind of reactions typically associated with finding out one's huggy bear has been sleeping with another teddy.

Robin Williams' appearance at the Academy Awards really punctuated just how tired the comedian's routine has become. He delivered the same pop-culture references, the same gaggle of impressions, the same manic asides that he's been milking for decades. It was dated and unfunny, especially when compared to host Chris Rock's superior material.

Far from your average WW2 shooter, BiA has more heart, brains and brawn.

Brothers in Arms follows the true account of Matt Baker from beginning to end with unparalleled accuracy. Gearbox has been at work for several years not only designing the game, but researching. Whether it's visiting the National Historic Archive, reading wartime non-fiction, spending time in real training camps or even hiring a Colonel to be a highly-influential guide through game development, Gearbox has taken meticulous care to recreate this story. Plus, the city models are so accurate you could be a tour guide if you ever visit Normandy for the first time.

This week, we celebrated the birth of our great nation and, with that, our independence. To fully appreciate the liberty imparted to its citizens, it is necessary to reflect upon how far we have come; to examine our complicated beginnings and to appreciate how those struggles in America's early stages have helped shape our country into the massive, super-powered freedom machine that it is today. 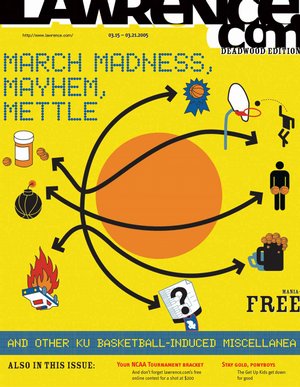