No money, no problems

Contrary to popular belief, Miles Bonny and Joe Good are not millionaires. They financed their new album "Biscuits and Gravy" with hand-to-hand CD sales and day jobs, and they certainly don't have a label like No Limit or Aftermath saturating every street corner with glossy posters of blinged-out booties cruising borrowed Bentleys.

While the rest of the rock world binges on Pro Tools and Prozac, Conner has been holed up in a home studio equipped with tube amps and a smoking-ban ban. Guitarist Tom Wagner's backyard playground (properly known as Underground Sounds) serves as the band's de facto Abbey Road - a place to get lost, watch some "King of Hill" reruns and just maybe make a hit record.

Fear and spanking on the campaign trail

When I learned about Matt Taibbi's new book, "Spanking the Donkey," I wondered what it would take to convince me to revisit my media-heavy fall of 2004. I definitely would not have read a book that recapped my own interpretation of the campaign. Luckily, Taibbi is not very much like me

Perhaps the only way for a Hollywood film to diplomatically depict a conflict between Christians and Muslims is by setting the story nearly 1,000 years ago. "Kingdom of Heaven" is about as "fair and balanced" in this respect as one should expect from a post-9/11 release.

Does the budget survival horror come close to its AAA peers?

The biggest problem with the game is that it does not immerse you into the world. You'll end up hating the characters and possibly dying on purpose just so their annoying stereotypical personalities will cease to exist. The story is lame and cliched, so there's no urge in wanting to progress there. The gameplay is not addicting either. Normally for $50 this would be a no brainer, but having the retail price at $20 will turn some heads, as it should. It's a decent bargain for a night of gaming with a friend.

It has been a lifelong dream of mine (well, more like a dream of mine ever since I played Ninja Gaiden for Xbox ... the "lifelong" thing just makes it sound more dramatic) to be able to switch to third person and put a severe whuppin' on my enemies in a first-person shooter. Behold, Unreal Championship 2: My dream come true.

Democracy on the radio

Everybody look at your hands. 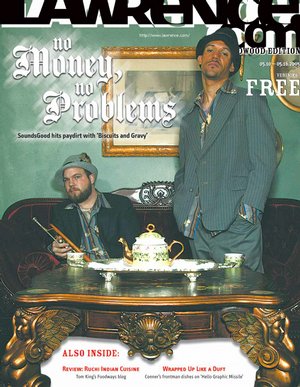