The dreadlocked girl behind the counter at Henry's coffee shop is sweet as a double-shot vanilla latte with a dollop of whipped cream and a sprinkle of chocolate powder. Andiy Sullivan also happens to be an artist.

Since arriving in Lawrence six years ago, Archetype has been among the most consistent purveyors of innovation and excellence in the local hip-hop scene. The group's sophomore album "Bleed for Them" is a deft 15-song collection of soulful beats, superior production and introspective lyrics that builds on the young-and-hungry appeal of 2002's "Freehand Formula." Producer/lyricist Jeremy "Nezbeat" Nesbitt and chief lyricist Isaac "ID" Diehl stopped by to discuss the new record, the art of self-producing records, the state of the Lawrence hip-hop scene and much more.

In a country where profit still drives the health care system, it's refreshing to know that Lawrence still offers its uninsured residents a helping hand.

'Weather Man' both bright and gloomy

Dave Spritz is at his best when standing in front of a green screen. The TV weatherman can expertly gesture to things that aren't actually there while putting on a happy, relaxed demeanor for his Chicago viewing audience.

Review: Shadow of the Colossus - PS2

Shadow of the Colossus is a winner out of the box due to its originality. The adventure consists merely of a vast, sprawling overworld where you ride on horseback to one of 16 colossi, engaging in memorable boss battle after memorable boss battle. That's right. There are no pesky enemies along the way. None.

Question Time with Randy delves into the realm of friendship and what true friendship is all about. This episode is also done in Windows Media Player format for those of you slacking off at work.

The Passion of Dale

The Pilot episode could have received a little more praise, but the response was good enough to warrant the first official "? Time With Randy!" I'm warning those of you that are very sensitive: this may be too much for you. It's a tear jerker. 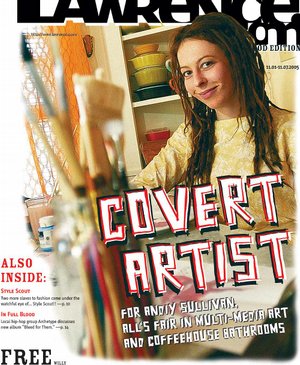