Who you gonna call?

It's good to be used

Children of the '80s may be the last to remember a time when second-hand clothing was less than rad.

Review :: Archetype, "Bleed For Them"

At first glance the title and artwork adorning "Bleed For Them" suggest anything but what's actually on the album - a multitude of soul-flooded beats and fluid, introspective couplets.

Blackout Gorgeous gathers a diverse group of musical personalities from the Lawrence/KC area. Producer Nezbeat is known for his work with local lyricists including Id (with whom he forms Archetype), while bassist Chris Handley regularly gigs with a variety of jam/fusion acts (DOJO, Tanner Walle). The rest of the group includes vocalist Tim Wurtz, guitarist Ryan Wurtz, vocalist/keyboardist Erin Keller and drummer Nick Urbom.

Children visiting the Douglas County Dental Clinic can thank for Mary Thompson for the free book they get to take home with them.

EA keeps the ship sailing with another solid year

Many college teams make up for their lack of talent with a solid transition game. Getting such a dynamic to come alive is much easier in Madness '06 and improves the pace to a significant degree.

My video was the only one that highlighted any part of KC's diverse culture. I wasn't going to make some white bread bull sh*t. Unless someone's getting shot at Union Station, I won't be there.

I'm trying to turn a new corner with this whole blog thing. I've come to the point where it doesn't seem to hold the same amount of enjoyment as it once did. I would like to focus on the video side of my life now. I don't know how relevant this new subject matter will be to this crowd but I'm sure you'll keep me filled in.

The guy was like a train wreck, I just couldn't ignore him. I guess you could even say he was the Brigette Jones of the Wu-Tang! He may have brought most of his misery on himself, but he was still lovable.

Swank pad (minus the gangrene)

John and I told him that he had nothing but time on his hands without a job, so why was he dinkin around waiting for leg to fall off?! 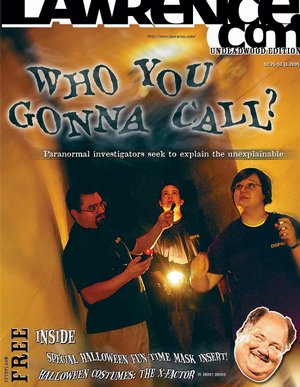