Out of the Frying Pan

In his ongoing quest to usurp the petroleum-slathered man, Andrew Roberts isn't afraid to get his hands dirty.

The supernatural goes on trial in 'Emily Rose'

It takes a lot of chutzpah to include the word "exorcism" in the title of a new horror movie. "The Exorcist" (1973) is widely regarded as the best and scariest horror flick ever made. Other than the film's various sequels, no other mainstream movie has attempted to commandeer the term.

How does Nintendo's virtual pet fare?

While it's an extremely novel idea, and a good use of the hardware, Nintendogs ultimately gets old within a few days. There's just not enough to do to keep the player's attention. Once you've taught it all of the tricks, it's pretty much the same procedure every day.

I took the IQ test. And I think it lied to me.

If I were a real movie critic, the blurb would be: "It's the best movie I've seen this year!" Also: The (precarious) benefits of playing nice.

I admit it: The blog muse hasn't been faithful lately. That's why the dip into absurdity. But I've committed myself to providing you with something new to read three times a week, and darn it, I'm going to honor that pledge. 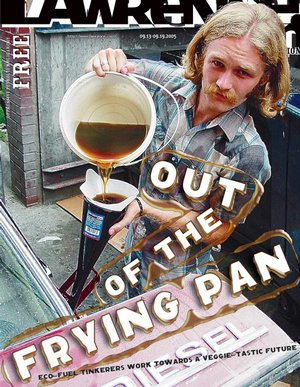