The Deadwood Edition is taking a break for the holiday season. Don't fret, though-we'll be back Jan. 16 with all the sweet gifts we got. Maybe we'll share!

This Is My Condition goes boldly where few have gone before

As bassist for the Blue Leaves, Craig Comstock works an avant-pop vein; as the one-man band This Is My Condition, he goes for the jugular.

Politics and culture have a way of driving a wedge between Lawrence and the rest of the state.

Give Them What They Want

For most of the merchants in Lawrence, the Christmas season yields a significant and essential portion of the annual take. For many, it's make or break.

From "Braveheart" to "The Passion of the Christ" and now "Apocalypto," Gibson has shown his tendency towards ancient times, outdoor locations, martyrdom, and sheer bloody torture is no coincidence. It's an infatuation.

With the Xbox 360 in full swing and the arrival of the PS3 and Wii, gamers have a virtual buffet of excellent titles to choose from. Here are Lawrence.com's top five picks for the year.

Yes, it has new rosters. Yes, they tried to add a couple new gameplay additions. When it comes down to it, however, the gameplay experience is almost identical to the last few installments.

House party trial to begin for parents of KU student

The suburban Chicago couple is accused of allowing their son to throw a party that led to the vehicle-accident deaths of two attendees.

A KU professor is defending his colleague at the University of Colorado over controversial writings about 9/11 victims.

Boog, Dadaism and the Chesty Lions

A California columnist adopts the former Lawrence mayor's Dada Month, and a Florida columnist makes fun of the LHS mascot. 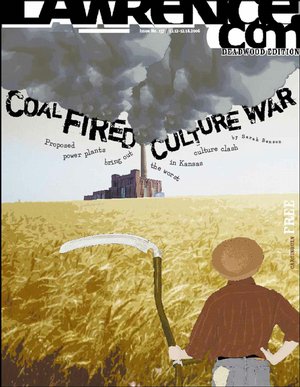