Mysterious men watching houses from parked cars. Secret government infiltration of activist groups. Classified FBI files on seemingly innocuous citizens. It's the stuff that conspiracy theories are made of. And it all happened in Lawrence during the political upheaval of the late '60s and early '70s.

For Jon Allen, the best part of watching an experimental film is the "A-ha!" moment.

As his father prepares to lead a missionary expedition into the jungle, young Steve Saint (Chase Ellison) asks him, "If the Waodani attack, will you use your guns?"

You may have missed this in the holiday rush...and that's okay

You could say Shadow has some replay value because of the branching levels, but that's assuming it's worth playing through even once (which it isn't). Even if you're a hardcore Sonic fan that has tolerated the last few releases, you'll probably want to stay away from this one.

Eulogy To A PhotoShopped Logo

Damn, I'm good. This blog manages to piss people off even when I'm not writing it.

In Defense of Contentment

Rob Gillaspie can make me mad as hell sometimes. Not lately, but still. Like most things that raise my hackles, though, he can also get me thinking, and therefore writing. He stated in the comments on his latest blog, "One thing I worry about, despite all of my complaining, is that someday I might become too comfortable. Once I fall into that comfort zone, my creativity will undoubtedly suffer. Great art comes from instability and suffering... I'm not saying I've ever produced great art, not yet, but if I allow myself to get comfortable, I may never get the chance to do so." The following started out as a response in that same comment section, but I decided it was worthy of a blog of its own.

Finally, Something New to Piss Me Off

Okay, this is going to get me lynched, but oh well: quit giving so much money to poor people. 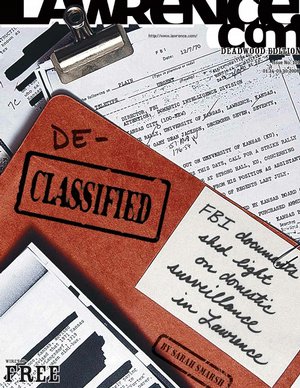