Spirit of the Kaw

Certain people are like Tom Farris, and they are the most interesting people on earth. My cousin Max, for instance. "Mad Max" is what the family used to call him. Max talks fast, and he never stays on topic. And he is supremely fascinated by things. One of his chief delights in life is to spout off random and dubious facts that he found God-knows-where, but which he insists are true. He is not a liar. He is a theorist.

U.S. inspires horror in 'The Host'

In 1954, the iconic Japanese monster movie "Godzilla" arose from that country's post-World War II fear of more possible nuclear attacks. Over 50 years later, it seems that America is still inspiring new kinds of monster mayhem, as illustrated by the impressively sleek South Korean import "The Host."

This Is Not a Still Life

As a member of the Anniversary, Adrianne Verhoeven went directly from high school into the fast lane of rock and roll. The Anniversary toured the U.S., Europe and Japan, opening for the likes of Modest Mouse, Guided By Voices and Cheap Trick, before the band's tumultuous dissolution in 2004.

Boo and Boo Too beyond Farmer's Ball

Tiger Woods for the Wii isn't the massive upgrade some hoped it would be, but it has potential if they improve the motion next year. It's still fun, especially with four players, but it's just not enough to pry me away from its 360 counterpart.

The gift that keeps on giving

And time for another scintillating game of O Caption! My Caption! 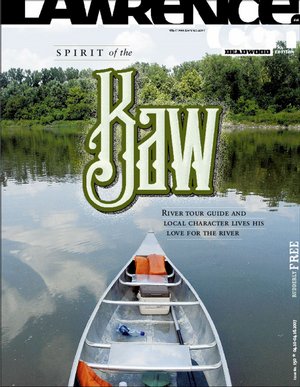