Hopkins and Gosling match wits in tense and funny 'Fracture'

With a bazillion "Law & Order" spin-offs on TV and tons of generic courtroom thrillers on the big screen every year, there's not a lot of room left to reinvent the legal drama these days. So it is all the more impressive when a film comes along that manages to combine the genre's tried-and-true formulas into a cohesive and engrossing picture.

A bona fide Lawrencian tells you how to do the town, post Vernal Equinox. On your day off.

Nobody said making an independent film documentary would be easy. For Haskell alumna Carol Burns, the cost came to $63,000 of mainly her own savings, plus four-and-a-half years of full-time work and thousands of miles logged along the Missouri River.

While most kids their age are busy Facebooking, licking toads and getting into knife fights with greasers at the sock-hop (or whatever the hell it is that kids do these days), Lexi Welch and Sarah Ybarra are making their peers look even worse.

The Bile of a Clown

Remember the good old days of comedy? When wrinkled borscht belt hacks in cheap tuxedos belittled minorities and women? Those glorious salad days of rim-shot-ready one-liners, gin-soaked toupees and Schecky Greene? Well, Neil Hamburger remembers-and he's keeping that tradition alive whether you want him to or not.

As Nasty as She Wanna Be

Based on her music alone, the stage name "Pink Nasty" seems like a misnomer. The doe-voiced lyrics aren't particularly "nasty," nor are the blue-tinged ballads. But being a modern musician requires more than just solid music - you gotta have personality.

This new Wii version may not be as visually polished as its 360 and PS3 brethren, but the new motion controls make it a completely different experience.

The RNC in a Minute

Self explanatory and self pleasuring.

A couple of videos to Barack your body. 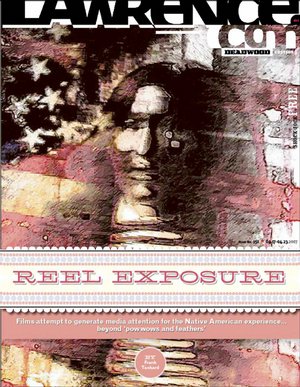