Striking out for solidarity

It's hard to force change when you're a minority of five. When you compose 0.019 percent of the student body at KU. Five = the number of students last year who reported having mobility issues. No wonder it took until this year-17 years after the Americans with Disabilities Act (ADA) guaranteed their rights-for KU to buy a few buses equipped with lifts.

There's a certain je ne sais quoi to The Jen Say Kwahs, but they don't speak French, so no one knows how to define it. Suffice to say it's the charismatic union of four creative spirits who stumbled across each other when invited to perform a Shania Twain song at a friend's wedding.

A Place to Call their 'Pwn'

While the coin-op arcades of old may be relegated to the digital scrap heap of video game history, Game Nut Entertainment owner Gene Nutt and his crew refuse to give up the blinking ghost. After nearly two years of plotting and tinkering, the Mass. Street video game retailer is finally ready to unveil its second floor-the HighScore Game Room, a bleeding edge tech cafe catering to today's discriminating gamer.

Images linger in grim 'No Country for Old Men'

Ever since their first movie, 1985's low budget neo-noir "Blood Simple," the writing and directing team known as the Coen brothers have always been visual stylists-not in a Baz Luhrmann kind of way (that is, with rich art direction , as did in "Moulin Rouge") kind of way, but more a la Gregg Toland (deliberate camera placement and lighting schemes). Over the years, this style has become less showy and more evocative. In their latest film, "No Country for Old Men," they prove they can hold an audience in thrall with the simplest of cinema's elements-a memorable image.

It doesn't matter if you're an 8 year-old who's new to games or a 30 year-old who used to play the Super Mario Bros. arcade cabinet at the local pizza place. This is how videogames are supposed to be.

In Darfur: 400,000 dead, 3.5 million displaced people.What do we do with all of this? Poetry provides one answer. 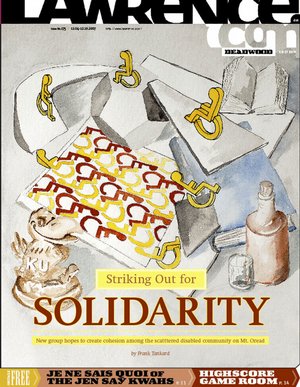