Wherein we peruse the news that was news last week.

Blog to the Chief

The political revolution will not be televised (it'll be blogged)

Describe the impact of new media on the 2006 midterm elections in one word? Easy: macaca.

All in the family

You can't swing a cat in downtown Lawrence without hitting a Hangauer. Of the five (at last count) Hangauer siblings, four are active contributors to at least six local bands.

At first glance, this year's Oscar race is open and shut. The front runners have all received numerous awards already from all kinds of guilds and film critic's societies. But at least the biggest one of the night is completely up for grabs this year. But let's start with the shoo-ins:

A matter of respect

After four-and-a-half years of resting in a comatose state in Spooner Hall, KU's neglected 10,000-piece collection of cultural artifacts appears to be headed somewhere.

Even though the basic premise has stayed the same throughout the four Warioware titles, the method of control has varied drastically. With Smooth Moves, the developers obviously had a great time designing minigames that utilize the Wii remote. 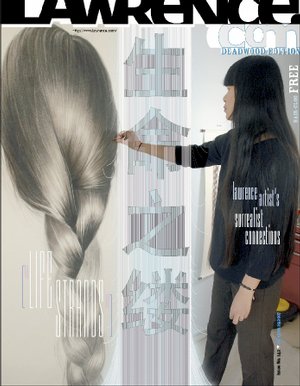