In the few weeks that I've had my Wii, I've made it a mission in life to infect every person that crosses the threshold of my home with the game play of the system.

Truckstop Honeymoon's new album, the first from their new home in Lawrence

"The Felt Show" began life as a guy with a puppet making people feel vaguely uncomfortable in area bars. While this sort of behavior would normally result in a public indecency arrest, writer and director Paul Santos has parlayed it into a surreal theatre spectacle.

Mrs. Whiskerson was a good kitty-a mild-mannered feline who enjoyed snacking and nuzzling. Then, late one night, in the presence of housemates under the influence of powerful psychoactive medicines, Mrs. Whiskerson went apeshit.

Lt. Jim Dangle and his drooling deputies graduate from Comedy Central to the big screen, but leave all their good ideas at the TV network. The flimsy plot is nothing more than a set-up to get the idiots from small-time Reno patrolling the tough streets of Miami-a promising start to a desperate film that goes nowhere.

Kirk Rundstrom loses his battle with cancer at 38

Kansas music icon Kirk Rundstrom will no longer be seen on the stage, playing for the fans he loved so much. After battling cancer for more than a year, Rundstrom died today at 4:45 a.m. in Wichita. He was 38. 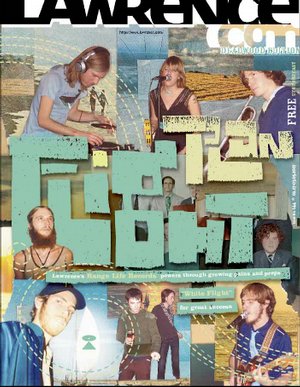