Clint Eastwood's second World War II drama of the year, "Letters From Iwo Jima" is a more focused film than "Flags of Our Fathers," riffing on the classic anti-war themes of the best of American war movies. Ironically, it is almost entirely subtitled and spoken in Japanese. The soldiers of the Empire look awfully familiar, and many of them don't believe that the war is a good idea. Nevertheless, they will fight to the death against insurmountable odds for a country that knows they will perish.

The Maggot Punks are a bawdy band of atheists and agnostics based out of Wichita who have been baiting anti-abortion activists (whom the Punks refer to as just "antis") since 2002.

Call them purists, retro-rockers, or deconstructionists and the three members of Log Lady nod in agreement. Call them cock-rockers and they smile.

Did you see that photo that was circulating back in June claiming to be the Little Sioux tornado in Iowa? Is it real?

No rain for the 4th of July...could it be true? 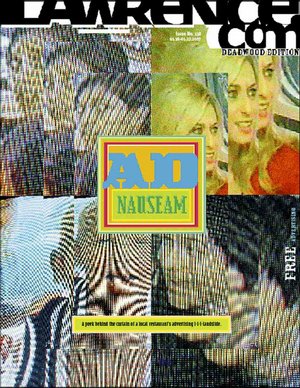