If you think about it, fairy tales have always been pretty brutal. There's Hansel and Gretel-two abandoned children who are kidnapped by an old woman who plans to devour them.

Where All The Lights Are Bright

At nine on Friday nights, the sounds of Luxe Soul fill the Star Bar in the back of Pachamama's. Well-behaved patrons of all stripes lounge in plush armchairs, quaffing wine and grazing on artfully presented appetizers. As the night deepens, they dance.

Born "Daphne," painter and author Dylan Scholinski was institutionalized in a mental hospital for nearly four years after not exhibiting "appropriate" female behavior in high school.

Daniel Bernard Roumain's music moves easily between hip-hop and Handel-a collision of influences DBR refers to as "dred violin." In conversation, he moves just as easily among diverse topics, but always with the same sense of urgency present in his music.

When KU associate professor of opera Tim Ocel started planning his original staging of Jacques Offenbach's famed opera The Tales of Hoffmann over a year ago, he drew a strange but natural connection between the opera's protagonist-real-life German Romantic author E.T.A. Hoffmann-and Austrian painter Egon Schiele, an eccentric who died young and was known for his tormented nude portraits.

Elebits is one of those titles that's so Japanese that it's surprising to see it come stateside. It's got a ridiculously absurd story, a unique control scheme, and somewhat odd gameplay mechanics, but it winds up working out very well.

'Not in the mood'

Couples will regularly encounter what I call "desire mismatch." The task for couples is to develop adult, mature ways by which to resolve such expected differences (not unlike all the other situations where couples differ). As a matter of fact, negotiating differences is a fundamental issue in all relationships, and often is a variable in failed relationships. 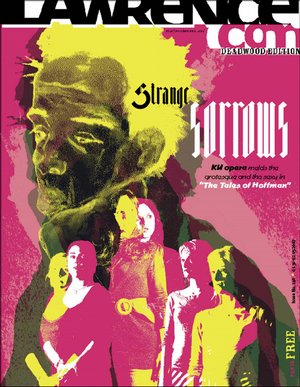