It's a tried and true cliche in real estate, and it's now the crux of a debate in the local art community. Some Lawrence artists are speaking out against the proposed site for the "Kansas River Expression of Soul," an environmental art park slated to begin on the east end of Burcham Park this summer.

Here along the south bank of the Kaw River, there is a stretch where the view of City Hall is to your back and the woods are to your left and there is nothing but river ahead.

Life of the Party

KC's The Afterparty comes with the smiles and bubbles

Mark Sterling proudly boasts that he is the hardest-working man in Kansas City. Of course, when you're about to enter the ring with a guy named "Homicide," a touch of self-confidence can't hurt.

Journalist Danny Schechter wants to protect you from your media

Speaking with a rapid East Coast staccato more befitting a rabble-rousing instigator than a widely renowned reporter, Danny Schechter can barely contain his contempt for the media machine he used to work within.

In terms of stylistic overkill, the new big screen adaptation of Frank Miller's uber-violent graphic novel "300" ranks right up there with "Moulin Rouge." But where Baz Luhrmann's movie musical was overflowing with ripe emotion, "300" is a bombastic and cold affair-not unlike watching the story sequences between levels in a video game.

This obviously isn't my area of expertise when it comes to gaming, but I'll admit to having some fun with this title. Namely, the hilarious realization that I was pseudo-dancing to Chris Brown and Kylie Minogue songs. 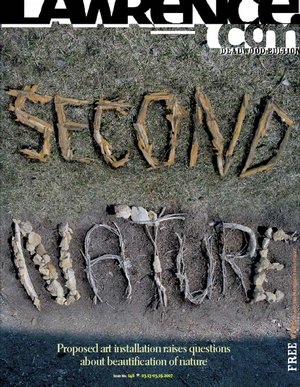