After two movies of reluctant hero Peter Parker learning that "with great power comes great responsibility," it is a nice change of pace that "Spider-Man 3" is about something else entirely-forgiveness. It also takes a little bit of the audience's forgiveness to accept this third installment as a worthy successor to what remains the best superhero movie ever made.

A Handy Companion to the Deadwood Derby Finals

After four awesome rounds of debauchery, bloodshed and barbarous wedgies, the Deadwood Derby's 16 competitors have been whittled down to five. A good-old-fashioned butt slap is in order for the survivors: Sterilize Stereo, Kaw Valley Project, Left on Northwood, Dead Girls Ruin Everything and The Old Black.

Simran Sethi is a five-foot tall dynamo of the new environmental movement who is more than likely powered by photovoltaic cells or some other form of ecologically friendly cyborg technology. There's no other possible explanation for the Lawrencian's improbably prodigious pro-environment work.

It's not easy being 'green'

Environmental sustainability proves much easier said than done in Lawrence

Whatever the political prestige of putting a green foot forward, one thing becomes clear when talking to local authorities: Environmental sustainability is about long-term goals and baby steps. Sustainability is a game of benchmarks, pledges and certifications, of lack of funds and a need to reprioritize. And it is a process that brings change but slowly. At least that's how it's been so far.

Beaten, but not down

James Grauerholz is heir and executor of the estate of William S. Burroughs-maestro of the Beats, author of "Naked Lunch," international queer, academic junkie, wife-shooter, Harvard graduate and patron saint to generations of artistic rebels and literate rockers-a distinguished figure in 20th century literature, like him, his work or neither.

Once upon a time, four friends started a bluegrass band despite the fact that only one of them had any experience playing bluegrass. Five years later, The Prairie Acre is one of the most accomplished string-band outfits in the Midwest. The Lawrence group's third self-released record "Jaybird and the Sparrow-Hawk" is loaded with hot doses of revivalist old-timey fare, documenting the sound of a band hitting their stride and having a heck of a good time doing it

It's certainly a very smart game, and the gameplay makes Super Paper Mario hard to lump into a specific genre. It's too smart to be a straight platformer, and too much of a platformer to be a traditional RPG.

... that can only mean your local grease monkey is ready to cause some destruction. 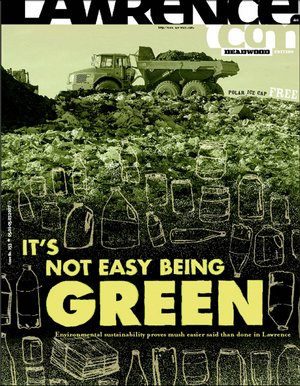