After you pull up your pants, open the door and fork over your pee to a stranger, here's what happens at the Lawrence Memorial Hospital Business Health Center: First, your "specimen" goes to the lab. There, the white-coats mix the pee with a chemical cocktail to analyze it for nine classes of drugs. (Inhalants, in case you were wondering, aren't tested.) For most drugs, if you've done them in the past three days or so, you're likely to fail.

Kristie Stremel's post-secondary education was carried out in barrooms across the country as the touring guitarist for Frogpond. She spent two rollercoaster years with that major-label outfit before developing her own songwriting voice: a muscular country-rock amalgam of Joan Jett, Lucinda Williams, Paul Westerberg and The Pretenders

In the Company of Mensch

Neil LaBute is not a bastard. Nor is Neil LaBute a misanthrope, a misogynist or a malcontent. Despite the repellent nature of the characters and scenarios he's conjured for stage and screen, LaBute-over the phone, anyway-is a pretty likeable guy. He's not one of the soulless, woman-hating corporate assholes from is beakout film "In the Company of Men." He isn't a manipulative, callow prick like the cretins who populate his play and movie, "The Shape of Things."

I've talked to a couple of my friends that skateboard, and they consider this game to be far superior to Tony Hawk thanks to the more realistic approach. However, if you're more of a gamer than a skater, it's probably a safe bet to stick with the long-standing king of the genre.

See You at the Pole encourages school prayer

The 18th annual See You at the Pole Day encourages students to gather around public school flagpoles Wednesday morning to pray.

See yourself in a yearbook photo from any decade

David Magee's screenplay revels in the idea that a healthy dose of fantasy can save one from an unwanted dose of reality. It also tugs at the heartstrings in the most reliable ways. 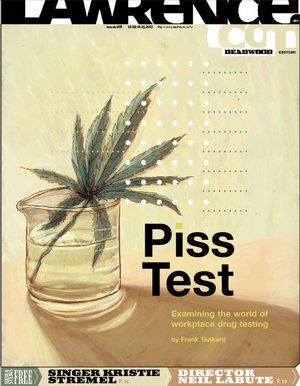