Yes! Our coveted Halloween masks are available online. Simply click here and you're one step closer to a stunning costume for this joyous Halloween season!

Documenting half a century of movie censorship in Kansas

Early 20th century. The rise of industry has transformed much of the agricultural United States into a land of grimy factories ruled by corporate Goliaths. People are opening their eyes to the injustice and fighting under the nebulous movement called progressivism. Teddy Roosevelt is breaking up trusts, muckrakers are exposing horrific working conditions, women's groups are fighting for equality and prohibition. And then, there is the rise of film...

The Prince of Darkness

The new horror flick "30 Days of Night," (*.5) based on the comic book series of the same name, is one of those simple, high concept movies you can explain to your friends right away. In a tiny Alaskan oil town, it stays dark for 30 days out of the year. Bloodthirsty vampires come to feast, and there's no sunlight to kill them-nice idea.

We take a look at some of the game offerings of the last month.

Extra Green For Your Week Vol. 2

In case you missed it 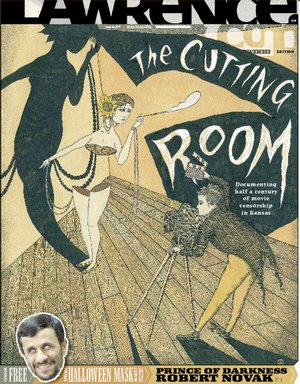