Much of what audiences need to know about Sarah Buxton she spells out in the first lyric on her latest album. "I left Lawrence, Kansas, at the age of 17 / To chase down my own version of the American dream."Ten years later, that dream has evolved into a daily reality for the Nashville-based country artist.

Sing along with Sarah Buxton and your shower will resonate with stories of cranky relatives, careless ex-boyfriends, shopping binges, wannabe cowboys and strong-willed women. It's the kind of slice-of-life stuff that composes the fiber of country music, and it's the reason the raspy voiced 27-year-old songwriter has a dream deal with Lyric Street Records (Rascal Flatts, SheDaisy, Bucky Covington) and a Top Five hit with Keith Urban's version of her song "Stupid Boy," which just earned a CMA nomination for song of the year.

Longtime Lawrence wordsmith Sean "Approach" Hunt has absolutely made his mark on the KC/Lawrence hip hop scene, starting with his first release in 1999, "Web of Thought." He's known for tirelessly supporting other artists, friends and fans while unleashing a flow with seeming effortlessness that'd be the pride of any coast.

Six and the City

"6 Gallery" opens up in the art of Lawrence

Like many college grads, Jim Weatherly chose to delay his entry to that cold ol' money-grubbing world. After earning a photography degree from Southwest Missouri State University, he signed on with AmeriCorps.

PS3 owners, you (finally) have another great exclusive title that you can place next to Resistance on your shelf.

This venerable parody of uber-violent, gun-toting action flicks, starring Clive Owen and Paul Giamatti, has some of the most ridiculous action scenes ever filmed. For once, it is nice to see a movie that freely admits that all the downtime scenes in between the action are nothing more than paper thin set-ups to get the pawns (characters) into place for the next gun battle. Read this review here or at the new <a href="http://www.scene-stealers.com/print-reviews/shoot-em-up-first-ask-questions-later/">Scene-Stealers 2.0!!</a>

George Cukor may be the prototypical "women's director" of Hollywood's classic period, but nobody can write witty, sympathetic roles for modern women like Spanish auteur Pedro Almodovar. And where Cukor had a rousing multi-picture partnership with Katherine Hepburn, Almodovar again teams with one of his favorite heroines, Penelope Cruz, in the genre-busting new film "Volver." 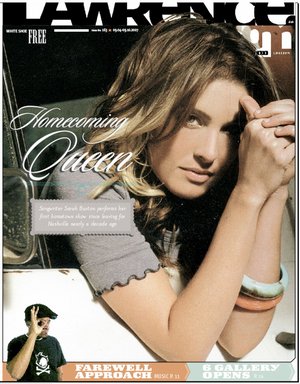