A travelogue of Lawrence's karaoke underbelly

Speaking as an ardent karaoke enthusiast, let's face it-karaoke is the musical equivalent of masturbation. It's a stigmatized act of self-gratification, done in the shadows of generally sticky confines, drenched in sweat and shame. Also like furtive onanism, however, we chronically return to karaoke because it's damn fun. And so, for those fellow travelers willing to throw off the shackles of Puritanism and delve into those forbidden pleasures of manual simulation, we offer a tour of the Lawrence karaoke circuit. This is by no means a complete accounting, as some karaoke is so depraved it has been driven deep underground to the same nether regions as cockfighting and Royals baseball, but rather a list of recurring and accessible karaoke that won't land you in a Tijuana prison.

Townie guide to... buckets of chuckle

In 2004, a man from London named Gavin Pretor-Pinney started a group called The Cloud Appreciation Society, a project that was kind of silly and life-affirming in its exaltation of something so commonplace. 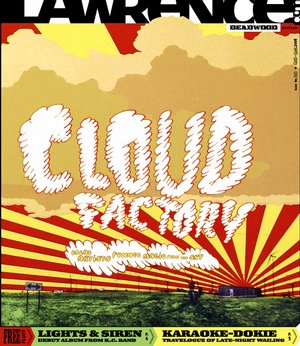