Townie guide to… the gift of fab

Twas the weeks before Christmas, when all through the economy, Not a shopper was stirring, not even at Anthropologie.

I actually subscribe to the stimulating-the-economy theory, where I just spend money to encourage a resurgence in the economy.

I'm pretty obsessed with Spongebob Squarepants. I try to watch it every day.

I think there should be a mall in Lawrence. I'd also like to have more clubs for younger people.

Nobody f*s with potluck. Or The Faint.

Forgive this minor trip down memory lane and all of the bullshit elitism that is bound to emerge, but this is my personal story of my relationship with the band, The Faint 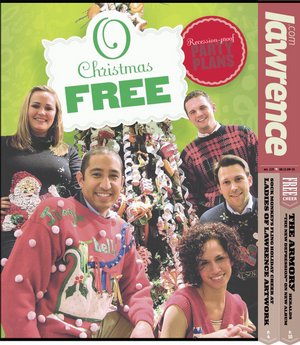