Things began a year ago when a small group of young Lawrence artists met at the Hookah House...

RE: Townie Guide to Political Hackery

I am writing in response to "A Guide to Political Hackery," an interview between Gavon Laessig and Galen Turner that was published in the January 22 print edition of lawrence.com.

As the poet J. Geils once immortally intoned, "Love stinks." It's this immutable truism that lies at the blackened and oozing heart of The Ex Show. It's a multimedia art exhibit that invites attendees to whimsically wallow in the filth of their own ex-relationships by providing a venue to purge mixtapes and other detritus from former lovers. Throw in activities like "Pin the Tail on the Ex," and organizers hope this interactive invective forum will help purge the soul.

Midway through his set at KJHK's Farmer's Ball, Stik Figa experienced every rapper's worst nightmare: his CD skipped. Where a less charismatic rapper might have crumbled, Figa simply went a cappella-and subsequently won the damn thing.

The job sounded simple enough the day the Peace Corps dropped Katherine Carttar off in the highland Mayan town of SololÃ¡, Guatemala. She was to work with a small lending organization that supported hundreds of indigenous farmers and artisans and, if she succeeded, get them fairer prices for their potatoes, carrots, onions, and handmade goods.

A dead bird as white as fresh lard lay along the sidewalk on Seventh Street...

Seeking the payoff as a social conservative

Some news stories and blogs take a look at Brownback's campaign strategy in Iowa and New Hampshire. 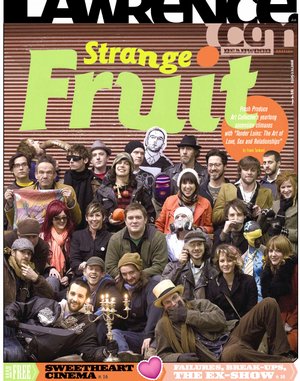