The Victor Continental Show has been lauded with many superlatives over its impressive decade-long run. This intrinsic pillar of the Lawrence arts could alternately be described as a raucous variety program harkening back the heyday of Vaudeville, or as an incisive sketch comedy revue satirizing our culture's innumerable foibles a la Swift or Voltaire. But perhaps nothing captures the essence of The Victor Continental Show with more precision, or more insight, than labeling it a "Tijuana Crime Scene." 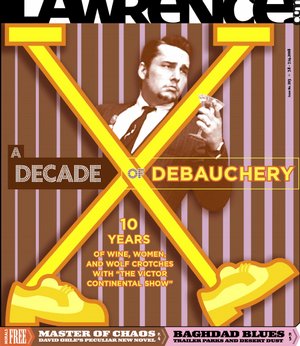