Kids in the Stall

Exploring the seedy underbelly of Lawrence: the public bathroom

I don't wanna sound like a queer or nothin:but I think unicorns are pretty kickass!- black marker, women's room, Replay Lounge It was nearing 10 p.m. last Wednesday night on the patio of the Replay Lounge when a woman named Al returned from the bathroom with a stencil freshly blackened by spray paint in her hand and a grin on her face.

Charles S. McVey doesn't seem like the sort of guy who enjoys his down time. In addition to freelance engineering at Black Lodge Studios and playing keys for Lonnie Fisher & the Funeral, McVey labors over his own recordings and maintains a busy local performance schedule.

The price of one of those venti frou-frou caramel abortion lattes you can get at the neighborhood beanery equals about 10 days worth of wages for an Ethiopian toiling in the Addis Ababa coffee trade. In our junkie's pursuit to ride the brown serpent, the 2-billion-cups-a-day coffee habit of the global community is borne on the backs of farmers and packagers in developing countries.

A girl and a guy sat together on a bench outside the east entrance of Oliver Hall. They stopped talking each time someone walked past. They looked unhappy.

AOL and Nintendo...a match made in kindergarten

AOL is for people who think they need big buttons and gimmicks to get online and now Nintendo attaches their name. Sure it's in a peripheral sort-of way, but image is image.

SOFG PART 2- When Hollywood goes to Games: The Template Caution

The new Enter the Matrix game just sold over one million in its first week...and it sucks. 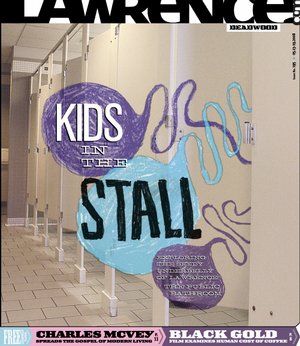