A consideration of the internet and the evolution of consciousness

Thanks to the internet, all of the drama, emotionalism, and occasional comedy of the 2008 U.S. elections have resonated far more widely-both here and around the globe-than ever before. Much has been written about this, the first truly wired U.S. election. That's not exactly our concern here, though. Our concern is relatively elusive-it is to make of the broadening, more unified awareness ushered in by the internet:

The magic, trash and trannies of artist Aaron Storck

Between his penchant for wearing rotting produce and his predilection for displaying spread eagle she-males, one might expect to find Aaron Storck rooting through a dumpster or yelling at cats in a back alley. While Storck does indeed revel in filth and fantasy, it's not because he's off his meds-it's in service of his art. The Bronx born Storck came to KU to study art and has split his time between New York and Lawrence, developing this unique vision of magical debauchery. 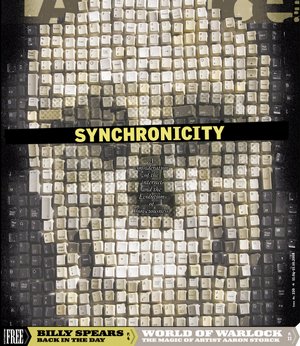