Or, How I Learned to Stop Worrying and Love the Zombie

A band with a name like Black Christmas is probably better off celebrating its CD release on Halloween. The instrumental Lawrence band is right at home with the macabre, taking inspiration from horror-film composers like Angelo Badalamenti as well as doom-and-gloom prog bands like Goblin and King Crimson.

Jackson is an international celebrity of a magnitude that dwarfs mere movie stars or common world leaders. Nothing can compete with the utter outer-space weirdness of Michael Jackson's life and career, or the deeply disturbing nature of the charges against him. 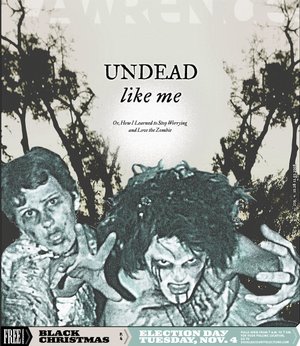