An ode to cheap beer

As the sun of summer nears its final horizon, a free tip for those among us who are not yet privy to the trend sweeping fast through the gullets of the beer drinkers of this town: Hamm's with lemon.

Get Off Your Ass

In a nondescript hotel suite in downtown Denver, a handful of Hillary Clinton supporters take refuge from the all-consuming Obama circus that has swept every inch of this city. It's the second day of the Democratic National Convention, and there is no doubt that Barack Obama will be named the presidential nominee of his party at the end of the week, but these stubborn few die hards sit amongst now obsolete Hillary campaign signs and endearingly hand-painted portraits of their champion.

Andrew Morgan aims to record a world of wonder, a la the sonic equivalent of 'Amelie'

Andrew Morgan records are fantastical experiences that create their own little imaginative universes, a lot like Jean-Pierre Jeunet or Michel Gondry films. Elaborately arranged chamber music and whispery vocals collide with the sort of rainy-day pop music that The Zombies or Elliott Smith might conjure. 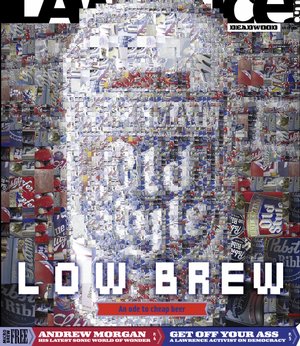