While MC Chris has often been dismissed as a niche performer in the genre coined as “nerd-core,” he’s an undeniably talented lyricist and rapper who takes his music very seriously—he just happens to bust rhymes about pizza and Spider-Man.

Boots and vintage accessories are my bag...

On May 2, a mildly historic event will take place. BMX freestylers, a scourge for many a year to the KU campus along with their skateboarding and rollerblading brethren, will grind away without hassle from the fuzz...

With a name like Olympic Size, a band really ought to crank their amps to 11 and perform athletic feats of guitar-tapping and drum-soloing. The KC of that name is quite the opposite, purveying a slow and spacious brand of so-called “sadcore” (though it’s not really that depressing)...

Shopping is for hipsters. 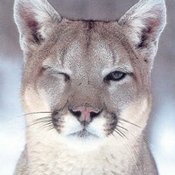 Sebelius vs. Palin! The Silver Fox vs. the Raging Moose! Gubernatorial gladiatrixes get freaky!

Stinky Pee Is A Small Price To Pay.

How much asparagus does it really take? 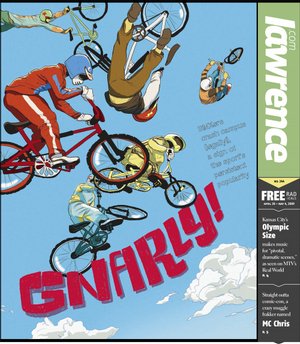