A few weeks ago our man in Baghdad, Paul VanCleave, returned to Lawrence after his second tour of duty with the Kansas Army National Guard. We caught up with him before he ships out again to talk about the insanity of the war, and then some...

Ain't nothing but time can grow this stuff.

I'd like to see a roller skating and an ice skating rink.

I think at least 3% of my body is made of biscuits and gravy.

Hawley Alexandra Shoffner can surely be forgiven for tallying up late fees at the local library. Her eloquent songs for piano and ukulele often take inspiration from biographies and historical events, but they’re artfully timeless in their dedication to good melodies and spirited performances.

And now for something really different...

Between all the people in town in the last couple of days and all the band practices, I finally managed to squeak out a list of the best movies of 2008. After going back through my favorite films of the year, I noticed that the last-minute Oscar contender cramming didn’t really change things all that much. Sure, “The Wrestler” and “Let the Right One In” were Oscar season additions, but the other ten or so movies that you’ll be hearing about between now and February 22 didn’t make the list. 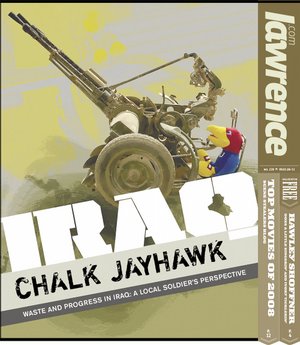