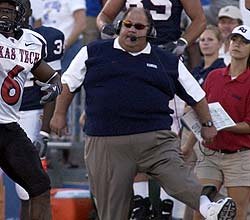 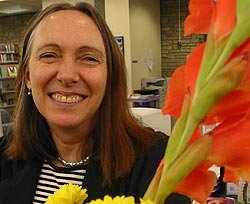 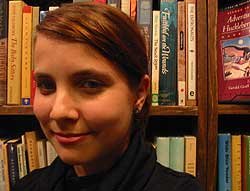 Cara Orban, clerk at Dusty Bookshelf and scholar of French and English

Currently reading: "Reading Lolita in Tehran" by Azar Nafisi -- What it's about: A memoir by an English teacher who taught at the University of Tehran during the Cultural Revolution in Iran. The book details her secret book club with female students who wanted to read Western Classics even though it was taboo for Iranian women to self-educate. Why you should read it: "I think it's pretty timely. I don't really know anything about life in Iran so I thought it would be interesting."

One book everyone should read: "1984" by George Orwell -- What it's about: George Orwell's dark vision of the future where life has become totally uniform and Big Brother lurks around every corner. Protagonist Winston Smith joins a secret revolutionary organization called The Brotherhood and risks his life to fight the powers that be. Why you should read it (again): "Especially now, it's such a relevant book, and I think George Orwell is such an eloquent writer," Orban says. "I think it will always apply to wherever there is political dissent ... I think there's a sense right now that if we don't want to go out and liberate people, we don't value democracy."

Oh Dear God,
Where can I get the Billy Q. Album??? You say there are more songs out there somewhere??? I will pay any price. I must have them.

Fear not. "Bue Boy," the second single from Billy Q. Effinger, is now ready of thine appraisal at lawrence.com. But tarry not, fair maiden, for all magic, but its very nature, must be fleeting.