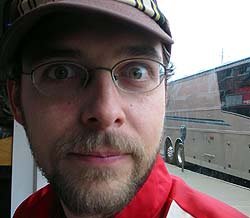 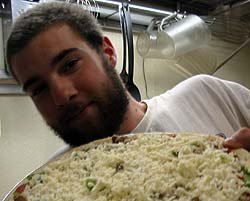 Geoff Wright, the with the pan at Rudy's Pizza

Dear Santa, you know I want for Christmas in the worse way is snow every winter in Dallas Texas please santa thank you santa from Robby.

We forwarded your touching email to (brace yourself) Santa! He had this to say:

Dear Robby, Ho ho ho. First of all, it's Halloween, dumbass! Secondly, I'll make it snow in Dallas when Dalls exports soemthing other than manure, tainted beef, trucker speed, and idiots. Maybe next year you should ask Santa for some punctuation. Ho ho ho. All kidding aside, Robby, you're in Dallas. Give up on snow. Give up on everything. Just give up. Consider your entire godforsaken state also santaforsaken, y'hear?

Where did this section go?

Our personals section met a single white Classified ad and left his wife and kis to take long moonlit walks on the beach and candlelight dinners.