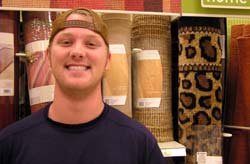 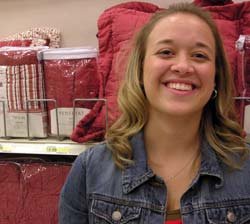 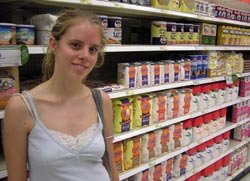 Currently reading: Lolita by Vladimir Nabokov "It's really good. I always thought it would be weird but a lot of my friends are reading it and it's really good."

One book everyone should read: Brave New World by Aldous Huxley "A lot of people ready 1984 but Brave New World is the opposite of that and it's about what democracy would be like if it kept going and got worse and worse. It's kind of creepy because it's really not that unbelievable."

If you're drunk enough, there's no age requirement to rent a "kanoo" from Uncle Tweaker's House o' Drownin' - which is actually just a psychotic drifter's pickup truck that's parked out there sometimes. As Uncle Tweaker always says - "Safty Frist." -homies