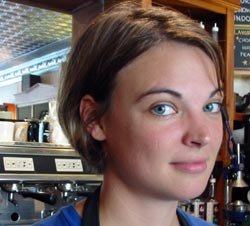 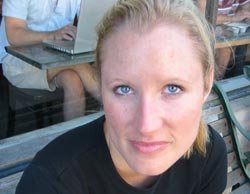 Currently reading: "Mediated: How the Media Shapes Your World and the Way You Live in It" by Thomas De Zengotita "He's going off on a bit of a tangent, but it's an interesting one."

One book everyone should read: "The Screwtape Letters" by C.S. Lewis "I read it because somebody said I should."

You're obviously a real admirer. Only Richard's elite band of superfans call him "Mike." As far as his reward for a job well done, we'd love to give him a raise - or maybe that's just lip service. -homies

Richard, On a recent trip to Columbia, we came over to Rocheport and had an excellent meal at the winery restaurant, with a delicious bottle of Le Bourgeois wine. You ought to have a great website. Why don't you get in touch with aaron@shadowguarddev.com, one of the great website programers. He does the Brown Derby website http://www.brownderby.com/ which is a complex, interactive one. Of course he does lots of others he could refer you to also. Thanks for the great food and wine!
Mark, Cassville, MO

Hi Mark. . .
We checked out brownderby.com and,
uh, maybe you should step away from the sample bar. -homies